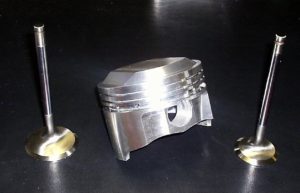 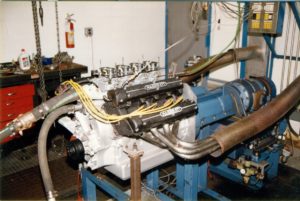 In the 1970’s, Maserati had their flagship engine, the 4900cc Double Overhead Camshaft engine that developed 375hp and 360 ft/lbs of torque.  With the advent of Unleaded fuel introduced in the mid 70’s these powerhouse engines no longer had the cooling capabilities of lead thus causing higher internal combustion temperatures which caused the standard cast piston and steel valves to deteriorate at an alarming rate.  In the late 80’s I had the luxury of owning 3 different models of Maserati and knowing that the problem existed among Maserati owners worldwide, new forged pistons were designed and fabricated through Wiseco Inc, using chrome moly rings and lighter wrist pins. Accordingly I had also designed oversize Titanium Chrome Nitride intake and exhaust valves which were fabricated through Ferrea Inc.  Camshaft duration and lift was also modified and work completed by Crane Cams Inc. The oversize valves along with the newly redesigned forged pistons and camshafts had yield an extra 25+hp bringing the 4900 Maserati engine to 402 horsepower on Unleaded fuel.  For Maserati owners of the 4900cc engine, unleaded fuel was no longer a problem.

I would like to acknowledge that without the expertise of my long time friend Lee Bandrowicz of Lab Engine Specialists, Lindenhurst, NY and his 5000 hp Freude engine dynomometer this project would not have been completed. 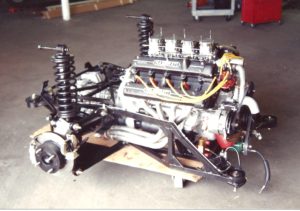 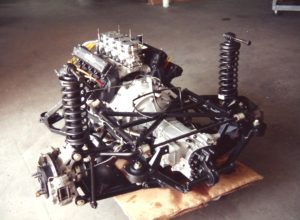 This site is currently under construction. Some sections may not be active. Please bear with us as it becomes operational.